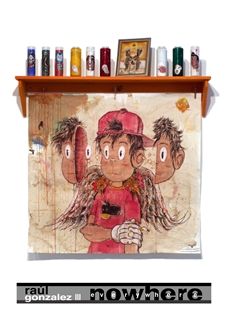 The second of three exhibitions in the Nowhere Everywhere exhibition series presents the cultural portraiture of Raúl Gonzalez III. Gonzalez’s exquisite drawings are balanced by a sobering and critical examination of Latin—American issues including the “romance of the west,” Latino stereotypes, and immigration.