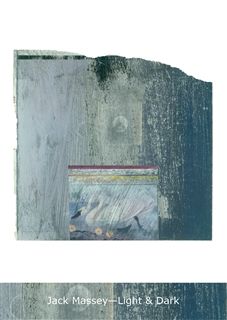 Artist's Statement
The work of an artist includes in all his/her images that which he/she chooses to leave aside—much as an athlete implies by his/her performance—all the trial, sweat and practice enabling the goal to be achieved.


Some Notes on Color
There are many ways to engage color. Artists, over the centuries, have approached color in their own ways—not with systems or rigid formulas, but with their own means. Many have written about color; it remains a mystery. The best of them accept the challenge with energy, and by experimenting in their own ways may achieve something that they find acceptable at times—but the mystery of color remains for us to perceive and wonder, as it should be. We are a constantly changing set of experiences. What we saw yesterday is not what we see today or tomorrow—color is a part of all this. Do you think that the painting that you experienced yesterday looks the same today? Nothing is static!


Frames
Frames are always a problem for me. Albert Einstein is alleged to have said, “Keep everything simple, but not too simple.” With this advice in mind, I sometimes don’t use frames at all. I allow the glass to serve as a frame over the collages placed on a wall. I know this is an impermanent solution, but things do move on.


Distressing Paper
Water soluble brush cleaner distresses and transforms the photos on the pages, which I tear from magazines—often National Geographic, but also many others. I work with the imagery I find remaining, which is often drastically transformed. The solvent works very quickly on the images on the pages, which requires blotting and washing with water as necessary to stop the action, as every second counts. I lose, of course, many pages and I work with the ones I have left from this procedure—the pages are torn from the magazines and the edges become important in the collage assembly. It is always a surprise to find what occurs as they are continued and shifted about.

I work with more than one collage at a time—what occurs then is a shifting back and forth, turning, and overlapping. A playful visual transformation begins to appear, and some kind of “statement” grows and tells me, “that’s it.” The “it” can be very simple—complexity does not make good things for me. I believe that the elements that I find in this process deserve a gentle handling. I try to get them to relate in the final results. However, in my work ethic, nothing is ever finished, and you can’t always get what you want.

To find what appears usable to me is a fun and a very rewarding process. I work a number of works at a time and transfer elements from one to another. The pages and their photos are transformed into new images. Everything can be changed, and keeping the various combinations changing over some days allows for new imagery.

I avoid the sense of “craft” in my collages. I don’t think that quality relates to what I wish to convey – which is, in part, the pressure of “hands at work.” A thought of mine concerning poetry is that it is not just about what you see on the page. It can take you beyond that.
Jack Massey, November 2016


Craft
It is difficult for me to speak about “craft.” It means different things to different people. Personally, I enjoy the processes of making different tools to do things to materials that they weren’t intended or normally designed to do. This practice, for me, becomes an adventure—of trial and error—bringing on unexpected results that I then evaluate and use or not. My use of them changes as this process goes on to make something not seen or experienced before. And so the agenda keeps changing as does the craft managing this. Words don’t explain for me what happens, and I consider nothing ever finished. How it is what it is is what it is.
Jack Massey, December 2016


Some Thoughts that Amuse
Making collage is more fun than picking your nose! You can go further too. And both works are your very own. What to do with your creations is the challenge. Knowing that there will be more makes one feel happy and accomplished; one also knows that there is the anticipation for experiencing more, and that each will have a different imagery and reward for the new accomplishments visually presented.

However, nobody really gives a darn—to reference Franz Kline’s statement about painting—but each time is a new start on a new adventure not knowing the results to be revealed. Both of these creative efforts are best not taught, but are non-structured as happenings, and this ensures that the results cannot be predictable.

So did Picasso pick his nose? And if he did, what happened to the “harvest”? Perhaps the Kahnweiler archives can tell us! There is new work to be done here! One would think that Picasso would be very interested in the plasticity of the nose materials and the ability to transform it into another surprising entity.

I would think that he couldn’t help himself.