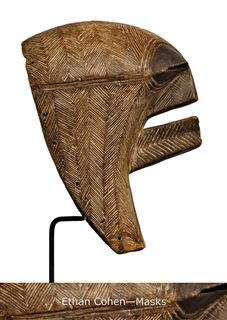 March 28 - April 7 (Installation Space)
Ethan Cohen—Masks presents a select grouping of African masks and sculptures for a brief exhibition at the IS which sheds light on the history of African influence on Modern European art.