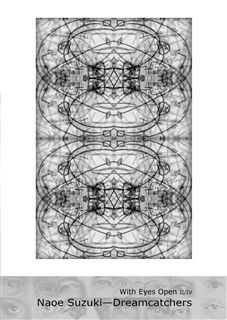 
Artist’s Statement
My primary medium is drawing, though my practice often goes beyond drawing. Deeply engaged with ideas and concepts, my drawing is a tool to explore certain ideas and a way to dig into a subject that I am interested. For over the past five years, my interest has been water and its crisis. Water is the connective tissue of our planet much as it serves in my work to connect visual elements and ideas. Utilizing the core qualities of water—flow, adaptability, and resiliency—in both methodologies and content, my work presents the viewers a chance to meditate upon our relationships with one of our world’s most precious resources—water.
My recent interest shifted from water to science as I became the artist-in-residence at the Broad Institute of MIT and Harvard in 2016. Broad Institute is a world-renowned biomedical research institute in Cambridge, Massachusetts. It was founded at the time of the Human Genome Project which deciphered the entire human genetic code. Broad Institute is an “experiment” in doing science in a new way that combines biology, chemistry, medical science, computation, mathematics, engineering, and clinical research.
The concept of the passage of time as a subject for inquiry is at the core of my exploration in all of my projects at the Broad Institute. Weaving past and present together, I contemplate data mining, knowledge, history, and our belief systems. I was particularly drawn to the ancient history of medical science in regards to the passage of time. I incorporated the magic spells used as a medical treatment in Ancient Egypt—found in Edwin Smith Papyrus, the oldest known medical textbook to include prognosis.
In all of my projects at the Broad Institute, the gesture of tracing is meant to honor the original manuscripts or writings. The deliberately slow process of transferring these writings is a meditation on our progress—whether scientists’ writings on the whiteboard or copy of ancient medical papyrus. Scholars believe that in ancient Egypt when the Edwin Smith Papyrus was written, the same content was copied over many times, over the span of 200 or 300 years. This means that the methods of diagnosing and treating patients did not change significantly for a few hundred years. Compare that to what’s happening now. The sequencing of the human genome was completed a little over fifteen years ago in 2003, and we’re now talking about precision medicine. Things have been moving at an exponential speed in science, medicine, and technology in the last few decades.
My artistic practice seems to evoke a pause for the moment, in the world where everything seems to be moving fast.