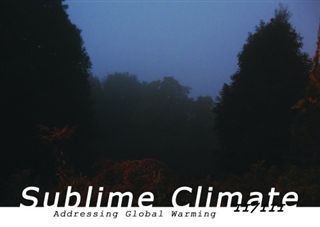 In the late 1980's, we didn't completely understand the sensitivity of the Earth's physical systems to small shifts in temperature. Most of the scientists I talked to then would not have predicted that a I-degree rise in global average temperature, which is what we have so far caused would be enough to so thoroughly disrupt the planet. But it has. The world is a different place-more chaotic, storm tossed, and disease ridden. Here's one way of saying it: In 1968, when I was a boy, Apollo 8 sent back the first pictures of our planet, that blue-white marble floating in space. Well, those pictures are as out of date as my high school yearbook photo. The planet doesn't look like that or behave like that anymore-there's more blue and less white, more cyclones swirling in the tropics. It's a different Earth; we might as well hold a contest to pick a new name.
Bill McKibben
That's one small step for man, one giant leap for mankind.
Neil Alden Armstrong
Beautiful. Beautiful. Magnificent desolation.
Edwin Eugene 'Buzz' Aldrin, Jr.
Instead, picture a world from which we all suddenly vanished. Tomorrow.
Alan Weisman

Ghost of the Future...I fear you more than any spectre I have seen. But as I know your purpose is to do me good, and as I hope to live to be another man from what I was, I am prepared to bear you company, and do it with a thankful heart. Will you not speak to me?
Charles Dickens