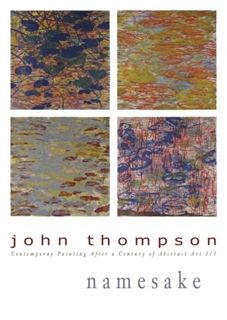 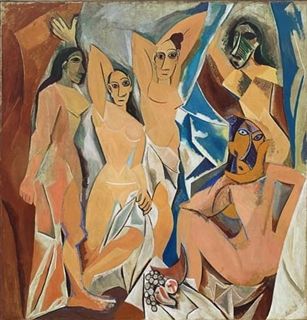 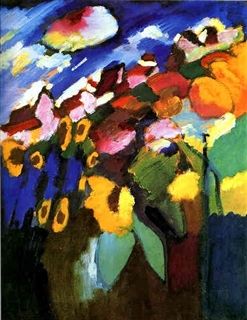 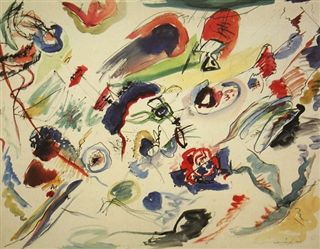 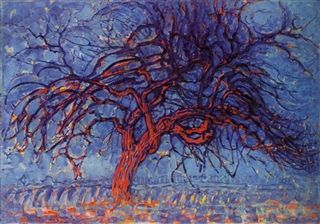 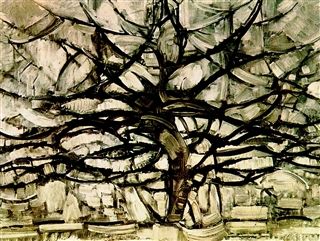 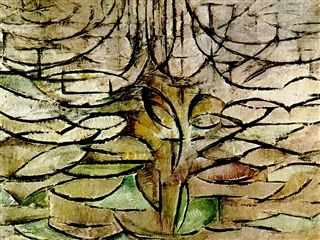 10/10/2009
Contemporary Painting After a Century of Abstract Art
Part I. Observation-based Abstraction

John Thompson—Namesake
The Thompson Gallery is proud to present John Thompson’s Namesake—the first of three exhibitions in a yearlong series that examines Contemporary Painting After a Century of Abstract Art. Thompson’s exhibition juxtaposes select paintings and series print works, which often blur the distinctions between each genre. Thompson’s vibrant and semi-abstract Hinsdale Series, for example, echoes the spirit of Monet’s Water Lilies with strong affinities for Asian calligraphic brushwork despite the limits that conventional wood block printing imposes. Namesake, as the title suggests, showcases the art of one of our community's great advocates of the visual arts, while also acknowledging the initial preoccupation of early abstract artists—who’s pioneering approach to abstraction departed from depicting recognizable, namable objects in favor pushing semblances toward simplified ends.

Contemporary Painting After a Century of Abstract Art
Part I. Observation-based Abstraction

A painter, who finds no satisfaction in mere representation, however artistic, in his longing to express his inner life, cannot but envy the ease with which music, the most non-material of the arts to-day, achieves this end. He naturally seeks to apply the methods of music to his own art. And from this results that modern desire for rhythm in painting, for mathematical, abstract construction, for repeated notes of colour, for setting colour in motion.
Wassily Kandinsky, circa 1909

The Thompson Gallery is grateful and proud to present John Thompson's Namesake—the first of three exhibitions in a yearlong series that examines Contemporary Painting After a Century of Abstract Art. As an introduction to the ideas explored by the series, Namesake is an unusual exhibition for the Thompson Gallery. Though galleries and museums are often named after a benefactor, it is much less often that an artist is the philanthropist responsible for the space in which he is exhibited. More than simply honoring him, Namesake establishes a crucial point as our series opens regarding some of the initial aspirations of the celebrated and ubiquitous form of expression called abstraction. This series in no way attempts to be exhaustive regarding its subjects. By mounting this show, which names only one particular contemporary artist, we are able to come to an understanding regarding some pervasive tenets without needing to examine a large body of similar artists. Namesake celebrates the impetus to depart from illusionistic depiction, an art form which has been around for a hundred plus years and is still vital today. Our series, which has been divided into three areas of interest, examines crucial trajectories of abstraction that have evolved since Kandinsky first wrote about “longing to express his inner life,” and which have remained pertinent in our postmodern era: observation-based, intuition-based and conception-based abstraction. Specifically, for this first part in our series, Namesake turns our gaze toward the practices of the initial preoccupation of early abstract artists, who’s pioneering approach to abstraction ventured away from depicting recognizable, namable objects in favor of pushing semblances toward simplified ends.
Extracting from Observation 1909-10
As artists, historians and students continue to work to understand and express the concepts of abstraction, it is helpful to be reminded that abstraction in art has only been a valid form of expression in its own right for a mere century—thanks to Picasso, Braque, Matisse, Kandinsky, Mondrian, Malevich, and the many others. The instigators of Modern Art, of course, were the Asian-inspired Impressionists, who emancipated the tradition of Realism by painting with heightened color and vague brushwork, instead of polished and near invisible paint strokes. The Impressionists set the stage for Picasso and Braque who further shattered tradition into bits, and who literally only depicted parts of the still life, model or scene through their Cubist strategy. And while Picasso’s ground breaking Les Demoiselles d’Avignon (Fig. 1), with it’s nod to African art, radically re-envisioned the way to paint a depicted world, it is Kandinsky that is often considered the father of non-objective art, because his master work made no attempt to reference the world with any visual cues for material things.
Kandinsky not only forged the initial ideas that led to the search for “pure abstraction,” he wrote and published two books that influenced generations of painters to this day. Ahead of his time, it took about ten years to write his first seminal text, Concerning the Spiritual in Art, and thus it is important to recognize that he was thinking about such content before the Fin de siècle. The earliest records indicate that his first draft was finished “3 August, 1909,”1 and shortly after this draft was completed, Kandinsky made the biggest leap in the history of painting—inspiring a century of inquiry and thus the stimulus for this series of exhibitions. Kandinsky’s writings and paintings proved that art could approach the immaterial. In his translator’s introduction to Kandinsky’s first book, Michael Sadler eloquently validates:

The power of music to give expression without the help of representation is its noblest possession. No painting has ever had such a precious power. Kandinsky is striving to give it that power, and prove what is at least the logical analogy between colour and sound, between line and rhythm of beat.2