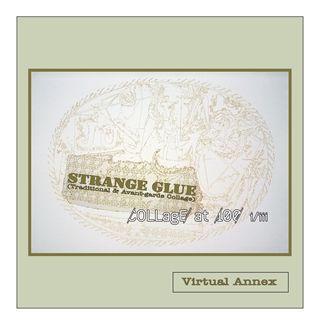 Virtual Annex is a sister exhibition to the Strange Glue (Traditional & Avant-garde Collage) exhibition, which is only viewable online at thompsongallery.blog.com and thompsongallery.csw.org websites. While the analog show focuses on art-historical categories of collage, spanning the last 100 years, and the properties of physical adhesives, the Virtual Annex examines immaterial glues, such as emotional glue, associative glue and conceptual glue to name only a few.

For a catalog of the Virtual Annex, please visit: http://www.lulu.com/spotlight/unfoldingobject