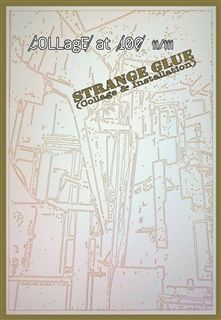 12/19/2012
Collage at 100 II/III
December 19, 2012 - February 22, 2013
Collage at 100 is a three-part, yearlong exhibition series that celebrates the centennial of the appearance of collage in painting. In its first 100 years, collage has become ubiquitous within contemporary art and culture and its myriad applications have expanded its original definition to become the most inclusive of artistic processes. Strange Glue (Collage & Installation), the second show in the series, looks at twenty-seven artists whose practices push beyond collage's flatness and embrace the physicality of architecture.

Exhibition catalogs are available at: http://www.lulu.com/spotlight/unfoldingobject
Back