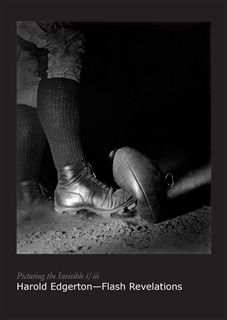 9/6/2013
Picturing the Invisible I/III
September 6, 2013 - November 8, 2013
Picturing the Invisible explores photography as a tool of scientific, personal and social visualization. Flash Revelations, the first of three exhibitions in the series, highlights the celebrated life work of Harold Edgerton. Inventor, engineer, MIT professor, and explorer, Edgerton pioneered the use of high-speed, strobe-photography to arrest movement and capture on film things that were once impossible to see.

A catalog for the exhibition is avaiable by written request only. Please send requsts for the Harold Edgerton—Flash Revelations catalog to: thompsongallery@csw.org