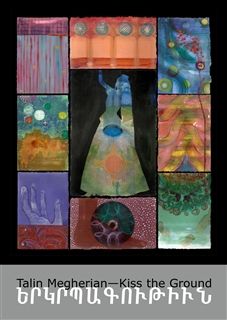 The second exhibition in the Kiss the Ground series focuses on the abstract-narrative paintings of Talin Megherian (Watertown, MA), which visualize collective Armenian memory and identity. Giving voice to the memories of her family and Armenian women in particular, Megherian’s eclectic and colorful paintings are bejeweled by historical events, literary references, and cultural artifacts.