CSW thanks Science Teacher Marilyn DelDonno and Receptionist Karen Chiasson on their years of service to CSW. We wish them the very best in the retirements. 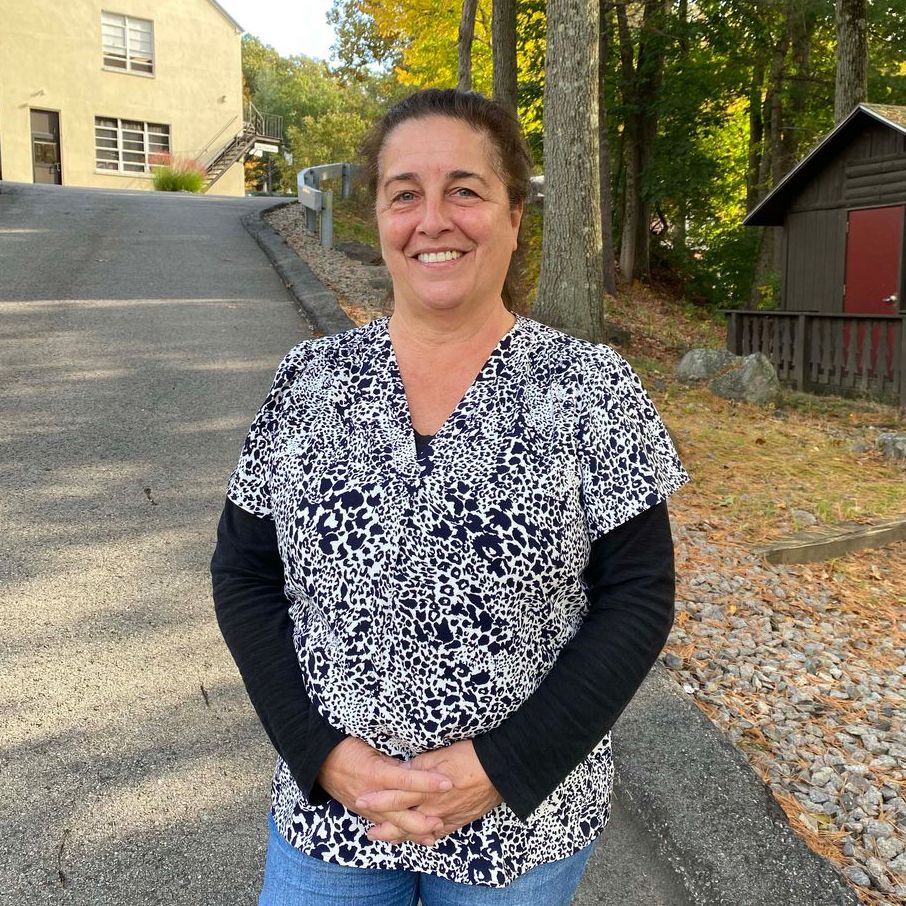 KAREN CHIASSON
When CSW community members think back to their first time on CSW’s campus, whether it was to interview for a job or take a tour as a prospective student or parent, most will remember Karen Chiasson as the person who welcomed them. For roughly 26 years, Karen served as the school’s official greeter, checking visitors in at reception or chatting with parents at morning drop off.
When she came to CSW in 1995, Karen, who was hired as a receptionist, quickly became responsible for many of the behind-the-scenes daily operations of the school. In those days, she says, she was essentially a “secretary for all.” As time went on, her role came to include the management of CSW’s phone systems, back when the lines ran on an actual switchboard located in the basement of the Kluchman. To get a staff member set up with a new phone line, Karen recalls having to crawl under desks, undo old lines, plug in new ones, and enter the new information in the main computer, before checking to make sure everything was working. She could frequently be seen traipsing across campus, carting boxes of telephones, wires, and cords.
Karen was born and raised not far from CSW’s campus in Waltham, MA, and prior to coming to CSW, held a series of jobs, once working the nightshift for a bank, and later serving as a childcare provider — but always part-time, she says, so that she could dedicate the bulk of her time to her children. Karen brought this love and dedication with her when she came to CSW. “Karen is a giver to everyone,” says Lisa Oslowski, CSW’s data systems manager, and a longtime friend and colleague of Karen’s. “Whether it’s her friends, family, or colleagues… She does so much for the people and places she cares about.”
When she wasn’t busy organizing lost and found items, sorting the mail, giving directions, coordinating deliveries, or answering the phones, Karen was always meeting and chatting with current and prospective community members — a part of the job she says was her favorite.
“I love to talk up the school,” she says. “I have walked and talked with so many people through the years, many of them on their first visit to campus.” She can think of numerous instances where families have thanked her for the time she spent with them, because it helped convince them that CSW would be the right place for their family.
We thank Karen for her years of service and wish her many relaxing, happy days ahead at her home by Lake Winnipesaukee in New Hampshire. 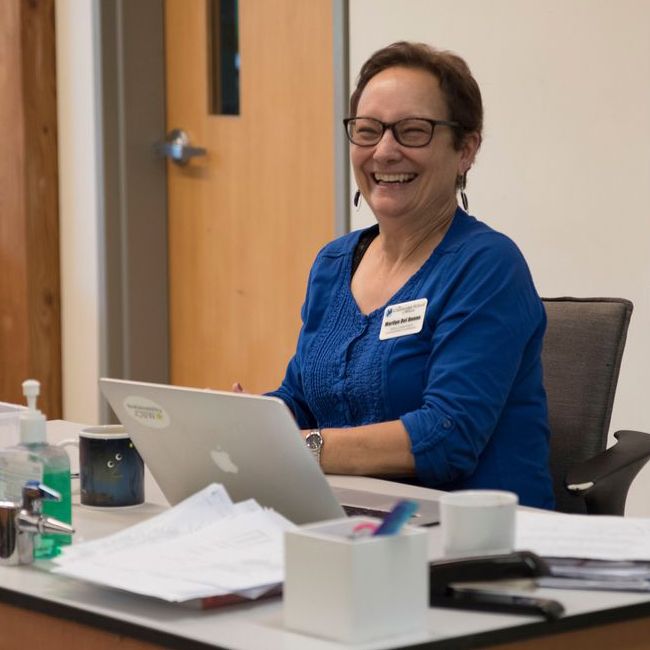 MARILYN DELDONNO
In 1984, when Marilyn DelDonno started at CSW, the science classrooms were housed in what is now the Language Building, and in another, now-demolished space. The building was tiny, with mice, dirt floors, and no bathroom, but she didn’t care one bit. Thanks in large part to Marilyn, however, that building has since been replaced with the incredible, award-winning, highly energy efficient, Garthwaite Center for Science and Art, the installation of which remains one of Marilyn’s proudest accomplishments from her time at CSW.
From its inception, Marilyn played a critical role in bringing the vision for the Garthwaite — a spacious, eco-friendly, interdisciplinary space — to life. Beyond working with the board, administrators, and architects, Marilyn worked hard to draw attention to the building and its innovative design, applying for a variety of important awards and certifications. Marilyn says she doesn’t usually care about that kind of stuff, but it was crucial to her that CSW’s amazing Science Department get the recognition it deserved. “I wanted to get the word out there that we were a strong science school,” she says.
Marilyn has taught pretty much every class there is to teach in the Science Department (except Botany!) and has served the school in many different capacities. She used to help run the school’s “Law Day,” (now the Michael H. Feldman ’67 Social Justice Day), and has served on countless faculty committees, and even taught D Blocks like “Bowling” and “Folk Dancing.” She has also always been passionately involved in school efforts to spread awareness of climate change and promote sustainable living in the community. But despite regular pleas from the administration, there were two jobs she always refused: serving on the Board of Trustees (she had no interest in nighttime meetings) and Dean of Students. The highest administrative role she has held was chair of the Science Department, which she did for about 15 years. “I’m a science teacher and that’s what I like to do. I like being with the kids,” she explains. “They are delightful and so much fun to teach.” She didn’t get into teaching to be with adults.
Still, when asked what she will miss most about CSW, Marilyn says it’s the people — the kids and the adults. “I’ve learned so much about — everything — from fellow faculty,” she says. “Not only in my own discipline but in the world in general.” She has especially loved teaching interdisciplinary classes, most recently with Tom Evans, Evelina Galper, Rachel Hirsch, and Eli Keehn. “You learn so much working with your colleagues,” she says. “They care about students, they care about their work, and they’re just fun people to be around.”
Looking ahead to retirement, Marilyn says she’ll start by “doing nothing,” especially in August when she’d normally be prepping for classes, but she hopes she can continue to tutor local students on a volunteer basis near her home on the North Shore of Massachusetts. She also plans to do more gardening, work with local conservation groups, spend time with her husband and friends, and maybe take up piano lessons again. She also loves a to curl up with a good murder mystery.
As she prepares to say farewell to CSW, Marilyn has this simple advice: Find what you love doing and keep doing it. It’s what she’s done for the past 38 years, and she’s loved every moment.


The Cambridge School of Weston is a progressive high school for day and boarding students in grades 9–12 and PG. CSW's mission is to provide a progressive education that emphasizes deep learning, meaningful relationships, and a dynamic program that inspires students to discover who they are and what their contribution is to their school, their community and the world.